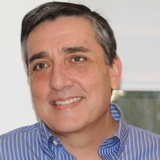 Mr. Zax graduated from the University of Colorado in 1984. He earned a degree in Business Administration, with emphasis on marketing and finance. In 1985 he became actively involved with the glass industry, and founded CV Industries with his family who had been in the glass industry since the early 1920's. In 1990, Mr. Zax attended the George Mason University Glass Management Institute in Virginia. During the early 1990's Mr. Zax ran several glass related businesses, Capistrano Valley Glass and Mirror, Gemini Shower Doors and Glass Railings America. Mr. Zax founded and has run DFI since its inception in October of 1997 to date. From a company with no licensees, no recognition and a “shoe-string” budget, Mr. Zax has created a viable and growing business that supports many families and now reaches to the entire civilized world with licensees numbering in the hundreds including some the largest companies in the world. Mr. Zax is also currently the Executive Director of The Well Rounded Heroes Foundation, a registered 501c3 non-profit serving Veterans and Active Military Families. (www.WellRoundedHeroes.Org) Mr. Zax is also the Founder and Master Instructor of Well Rounded Heroes Academies of Martial Arts, Music & Magic. After training in his spare time for more than 30 years, he received a 6th Degree Black Belt Senior master ranking in the venerable art of Shaolin Kempo Karate. He and his wife Ana of 27 years, live in Capistrano Beach and have two grown daughters, Veronica, 25 and Zoe 22.