Will Mandatory State CE Requirements Be Removed For Architects?

Will Mandatory State CE Requirements Be Removed For Architects? 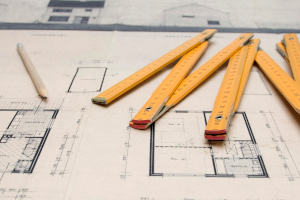 Over the last 60 years, the number of jobs requiring an occupational license, or government approval to practice a profession, has increased from about 1-in-20 to almost 1-in-4. Licensing laws are enacted with the intention of protecting the health and safety of consumers by creating barriers to employment through testing, training, and fees, in professions determined to be sufficiently dangerous, however, excessive requirements can create barriers to employment for some who may not actually pose a serious risk. In view of this, several states have introduced legislation that would remove the requirements for licensure to practice some occupations and professions from their statutes.

There is also a coordinated effort to pass new state laws, often billed as “Consumer Choice Acts” or “Right to Earn A Living Acts”, that would greatly reduce and even eliminate licensing requirements. Proposals calling for weakening of licensing requirements often also prohibit requirements for unlicensed individuals to have relevant education and experience in a profession. Bills like these make no distinction for complex, technical professions.

In response, a partnership of technical professionals focused on educating policymakers and the public about the importance of rigorous professional licensing standards have founded the Alliance for Responsible Professional Licensing (ARPL). Included among several organizations who have helped to launch the coalition are the American Institute of Architects (AIA) and the National Council of Architectural Registration Boards (NCARB). “NCARB and AIA may approach the licensing debate from different perspectives, but we fundamentally agree that rigorous standards must be maintained in order to protect the public we both serve,” said NCARB CEO Michael J. Armstrong. “Complex professions are at risk of being swept up in broad calls to reduce licensing requirements for occupations and vocations. It is important for us to work with other technical professions to ensure public safety isn’t compromised by broad brush deregulatory efforts.”

Occupational licensing can lessen the number of inexperienced or untrained individuals offering their services, increasing overall public safety and welfare, however, because licensing laws are established independently by individual state governments, differences in licensing and Licensing continuing education requirements often exist across state lines. Weakening licensing standards on a state-by-state basis could reduce confidence in qualifications causing states to be less inclined to accept out of state licenses. It may become more difficult for professionals to move and maintain their careers across states, if some have rigorous requirements and some have weaker requirements.

According to the ARPL, weakening licensing regulations could minimize the ability of the licensing boards to establish, verify, and enforce proficiency standards as well limit or reduce their ability to set requirements for ongoing education for professionals, a vital component of licensure in fields with complicated and changing codes; and the means for enforcing standards and administering sanctions. The organization makes an “important distinction” between highly complex, technical professions, such as engineers, surveyors, architects, landscape architects, and CPAs, and the trade and vocational occupations that lawmakers commonly cite to defend weakening licensing requirements, such as barbers and skin care specialists. Where does your company weigh in on professional licensing standards ? How has state licensing standards and AIA CE requirements affected your company?