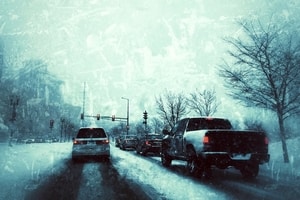 The Texas power crisis in 2021 has involved significant power outages, food and water shortages, and caused severe disruptions to daily lives. Storms swept across Texas in early February leaving over 4 million people without electricity. There will no doubt be more disasters caused by climate destabilization in the future. How can building product manufacturers help out?

In 2002, the Texas Senate approved a bill to deregulate the electricity market. This led to 85% of Texans being able to choose electricity from multiple vendors. Texas consumes more than $24 billion in energy annually. If Texas was a country, it would rank 11th in the world for energy consumption.

The Electric Reliability Council of Texas (ERCOT) operates the electrical grid which supplies power to 25 million people. Under the deregulated regime, retailers could contract with providers across the state, creating a complex market. Prior to deregulation, residential electricity rates were significantly below the national average; after deregulation, residential electricity rates increased, rising 64% between 1999 and 2007.

The Texas governor Greg Abbott and fringe conspiracy theorists claimed falsely that renewable energy, especially frozen wind turbines were to blame. These untruths were quickly dismissed by state officials and the culprit was discovered to be equipment for other energy sources such as natural gas power generating facilities either freezing up or having mechanical failures were more responsible. Five times more natural gas than wind power had been lost.

In 2011, Texas had faced similar power outages due to frozen power equipment, after which the Federal Energy Regulatory Commission reported that more winterizing of power infrastructure was necessary. However, then Governor Rick Perry and the Texas legislature failed to follow up on the critical recommendations leading to the current debacle.

The power outages caused major issues. Some Texas citizens found themselves being charged over $5000for a few days worth of power during the storm due to the deregulated electricity market. The power outages affected disproportionately lower-income and minority ethnic ZIP codes in comparison to higher-income ZIP codes. Some people were seen collecting water in trash cans from the San Antonio River.

Design professionals and building product manufacturers can help solve extreme weather conditions through resilient design. Future climate destabilization events will increase in frequency and duration. According to the USGBC, buildings can enhance resilience in several ways.

Buildings that are optimized to work with a power grid can help reduce and shift loads. If implemented at sufficient scale, these grid-optimized buildings can potentially decrease the risk of blackouts. Buildings can be designed and operated to be resilient to impacts to the power and water systems.

When a power outage or interruption in fuel supply occurs, most mechanical heating and cooling can no longer operate. The aim of passive survivability is to be prepared for when such an event may occur and to maintain safe indoor temperatures—and where possible, potable water. Product manufacturers who develop and make products that support resilient design and backup systems for power and water can contribute to these new designs.

LEED has addresses passive survivability in LEED v4 and LEED 4.1 pilot credits, which help buildings adapt when power systems are stressed and ensure that reasonably safe thermal conditions will be maintained passively. The credit Passive Survivability and Back-up Power During Disruptions ensures that buildings will maintain safe thermal conditions in the event of an extended power outage or loss of heating fuel, or provide backup power to satisfy critical loads.

Product manufacturers can help contribute to this credit if they make products that can create a highly insulated building envelope, natural ventilation, cooling-load-avoidance measures, passive solar heating, and integration of thermal mass. One of the compliance paths includes the operation of fans, water pumps, lighting, and elevator products.

In addition to LEED, there are other ratings systems that can help develop resilient buildings. RELi is a rating system and leadership standard that takes a holistic approach to resilient design. It is used by companies, developers, city planners, architects, and bond insurers to assess and plan for all of the hazards that buildings and communities can face during unplanned events, prepare to mitigate against these hazards and design and construct buildings to maintain critical life-saving services in the event of extended loss of power, heating fuel or water.

Another ratings system to consider is PEER which recognizes industry leaders for improving efficiency, day-to-day reliability and overall resiliency when it comes to severe events, such as flooding and hurricanes. PEER is for all power systems and includes guidance for cities, utilities, campuses and transit.

How can buildings prepare for extreme weather events? How can your products contribute to resilient design?