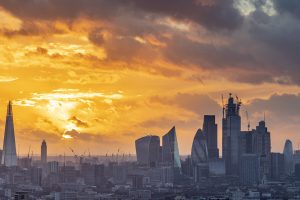 Let’s provide a more comprehensive examination of LEED v4.1 certification tools. The new web-based forms provide several benefits for project teams. According to the USGBC, the forms can be used on any web browser, including Firefox, Safari, Chrome and Internet Explorer. Several files can be uploaded within a form that makes easier to use and track information. Finally, the web-based forms allow for faster load times and require no additional plug-ins.

Project teams can now review LEED v4.1 regional priority credits at usgbc.org/rpc. Just like LEED v4, six eligible regional priority points will show up on the Credits tab of a project in LEED Online. Project teams should note that up to four of these LEED points can be earned per project, based on achievement of the designated credits.

The USGBC has released beta versions of the rating systems including LEED v4.1 BD+C, ID+C, and O+M. There are several informative videos available online discussing the overall concepts of the new rating system. Currently, there is no LEED v4.1 exam prep available until the new ratings system has been approved and officially launched.

The new ratings system may have significant effects for building product manufacturers. In a previous blog, we discussed updates to ASHRAE 90.1-2016, Low-Emitting materials credit, EPDs, HPDs, and sourcing of raw materials.

One of the most significant specification documents being requested by AEC firms for LEED v4.1 is the Health Product Declaration (HPD). The HPD is being requested and even required by many of the top AEC firms. HPDs are the primary product disclosure documents to meet LEED v4.1 BD+C MR: Building Product Disclosure and Optimization - Material Ingredients. HPDs are the least expensive and least complicated approach for product manufacturers to meet the LEED credit requirements.

After a public comment period phase which is open to members and non-members, a final draft of LEED v4.1 must be approved by the USGBC Board of Directors and LEED Steering Committee. The LEED v4.1 draft rating systems will then be put to vote for the masses to decide. How is your company preparing for LEED v4.1? What do you envision for the future of LEED?