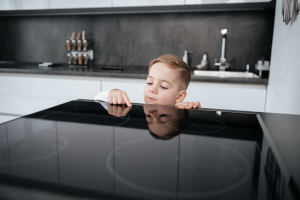 Berkeley, California has become the first city in the US to ban the installation of natural gas lines in new homes. In July, the City Council voted unanimously to ban natural gas in new buildings, beginning with homes and small apartment buildings. The ordinance will take effect January 1, 2020. Exceptions can be made for new construction where it is not physically feasible to construct the building without natural gas infrastructure or due to the availability of alternative technologies or systems that do not use natural gas. Nonetheless, newly constructed buildings, including high-rise apartments and commercial spaces, will be required to have sufficient electric capacity, wiring, and conduit to ease future full electrification.

California has committed to becoming carbon neutral by 2045. About a quarter of the state's emissions come from energy used by buildings. While about 27% of Berkeley's greenhouse gas emissions come from natural gas, California’s commercial and residential buildings produce roughly as much greenhouse gas emissions as the entire country of Switzerland. Buildings in the United States produce roughly as much emissions as the entire country of Canada. California's Energy Commission is currently writing a road map for how the state can cut emissions from buildings 40% by 2030. The Berkeley ordinance cites the design phase of a building project as the most cost-effective time to integrate electrical infrastructure into a project because systems and spaces can be designed to optimize the performance of electrical systems and avoid cost and space requirements by eliminating the need for natural gas piping and venting for combustion air safety.

In addition to emitting greenhouse gasses into the environment, using natural gas appliances can create unhealthy indoor air quality conditions . “[D]uring a typical winter week, 1.7 million Californians could be exposed to [carbon monoxide] levels that exceed standards for ambient air, and 12 million could be exposed to excessive [nitrogen dioxide] levels, if they do not use venting range hoods during cooking,” according to a study by Lawrence Berkeley National Laboratory and Stanford University. Cooking with a traditional electric or electric induction stove doesn’t eliminate all indoor air pollution from cooking (especially if you are prone to burning dinner) but, removing the gas stove from the equation keeps the air in homes healthier to breathe. In addition, food being cooked with electric induction will receive 90% of the heat generated, as opposed to only 40-55% for gas.

California, which is home to one in eight U.S. residents, effectively sets the bar for the nation regarding energy efficiency standards. How will your products measure up?